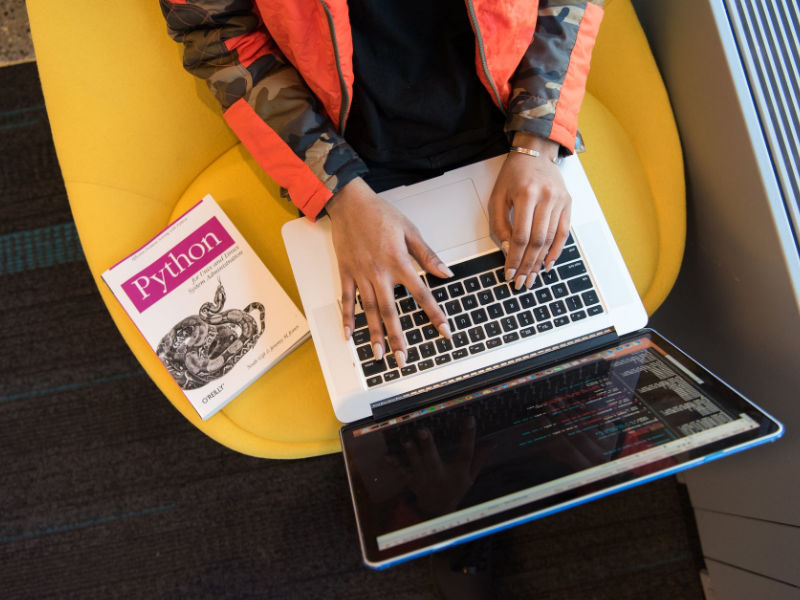 To Django or not? In this short article, I try to highlight more on the benefits of Python to your business. It gives your business more than a fighting chance; a future.

Over the past couple of years, Python has been rising in popularity and it has a lot to do with big data and AI. Big data is an unstructured kind of data existing in large volumes.

Big data can be in text, image, video, or other formats. Such data that results from video camera feed, social media chats, etc exists mostly in undesired format. Therefore, such data requires processing before we can derive information.

Artificial Intelligence (AI) is the concept that describes a computer system that learns and responds to inputs more like a human being does.

An AI, given enough data, can monitor complex information sources and spot patterns faster and accurately than a human being can do. But that is just one of the many applications of AI. It can do so much.

Python and Your Business

In this age, where big data and AI are very relevant to almost any kind of online business, Python gives you so much.

If your business uses the Django web framework, you get the chance to work with Python. And since this is a critical time in which getting information from big data is so important, you will have an upper hand.

Embracing Python gives you an edge above your competition.

Let’s say you are running a large e-commerce business that processes thousands of transactions daily. As days go by, you realize cases of fraud are increasing and therefore you want to integrate AI in the order processing pipeline so as to reduce or eliminate spam and fraud.

The e-commerce platform is built using PHP or some other language that is not Python. The best developers in your team, understand how to make PHP extremely useful to your business by making it scale; handling large traffic while using the least possible amount of resources. And they love PHP so much.

A consultant has told you that your best bet is to try Python in case you want to integrate Machine Learning and AI into your e-commerce platform. Obviously, your current developers won’t be comfortable and productive immediately in Python. So you need to hire a different team.

More money out of your business.

Another issue of ending up with teams that don’t understand each other’s technology stacks and their nuances. The integration will take very long and stuff will just be incompatible most of the time.

One team will even wonder why the other team chose a given approach. And sometimes, best practices in one language might not be transferrable to another, hence a lot of friction and waste of time during integration.

If the e-commerce platform is built using Django, your developers will definitely be well conversant with Python. When it comes time to integrate AI and Machine Learning, you will not have any problem at all, you will have the capacity to deliver on time, and the ease of integration.

Another excellent thing about Django is that it has well-thought-out security, good community, it is mature, it comes with an admin dashboard, and it is easy to ship features too.

Therefore, with the ease and productivity offered by both Python and Django, your business will have an edge above the competition; you will be saving time and resources, two things that are invaluable.

Who is Using Python

Python is used by almost all notable technology companies. From Google, Facebook, Amazon, Microsoft among many others. One popular app written in Python is Instagram. Instagram should be an indication that Python is very scalable and powerful.

The Future of Python

The growth of Python is not ending soon. It has been steadily rising in popularity and is even preferred in many college computer science courses right now, including the popular CS50 class at Harvard.

If it is taught at school, it will support your business for the next several decades.

Also, the amount of data available is staggering. Each second, millions of messages pass across the slew of social media platforms and messaging apps. Online shopping is increasing too, and you can imagine how much AI and Machine Learning will now be needed; therefore making Python the best bet.

Each time I think about Django, I think about data and databases. I couldn’t just end this article without mentioning PostgreSQL. Combining PostgreSQL and Django will make your web applications secure, robust, and fast to develop. Try that combination and let me know. 🚀 🚀 🚀 🚀